No one seems to know exactly when the church started picking up food donations from Trader Joe’s grocery store, but it is believed to be about 30 years ago.

Information suggests it was initiated by Arlene Johnson who was looking for food donations for use for the Thursday night dinners and sandwich ministry being done by the church. She had contacted several different markets and found that Trader Joe’s was willing to donate their outdated and over stocked products. Arlene made arrangements to have someone pick up these items
everyday of the week.

Tuesday was the day Arlene had picked for herself along with another helper. I am primarily aware of Tuesday as that was
when my wife Judy TenHulzen began helping. The food was sorted through by them along with the help of Denise Abell-Hove who took items to the church for the sandwich ministry and Thursday night dinners. The remaining items were taken to
God’s Extended Hand for use at their mission outreach program. 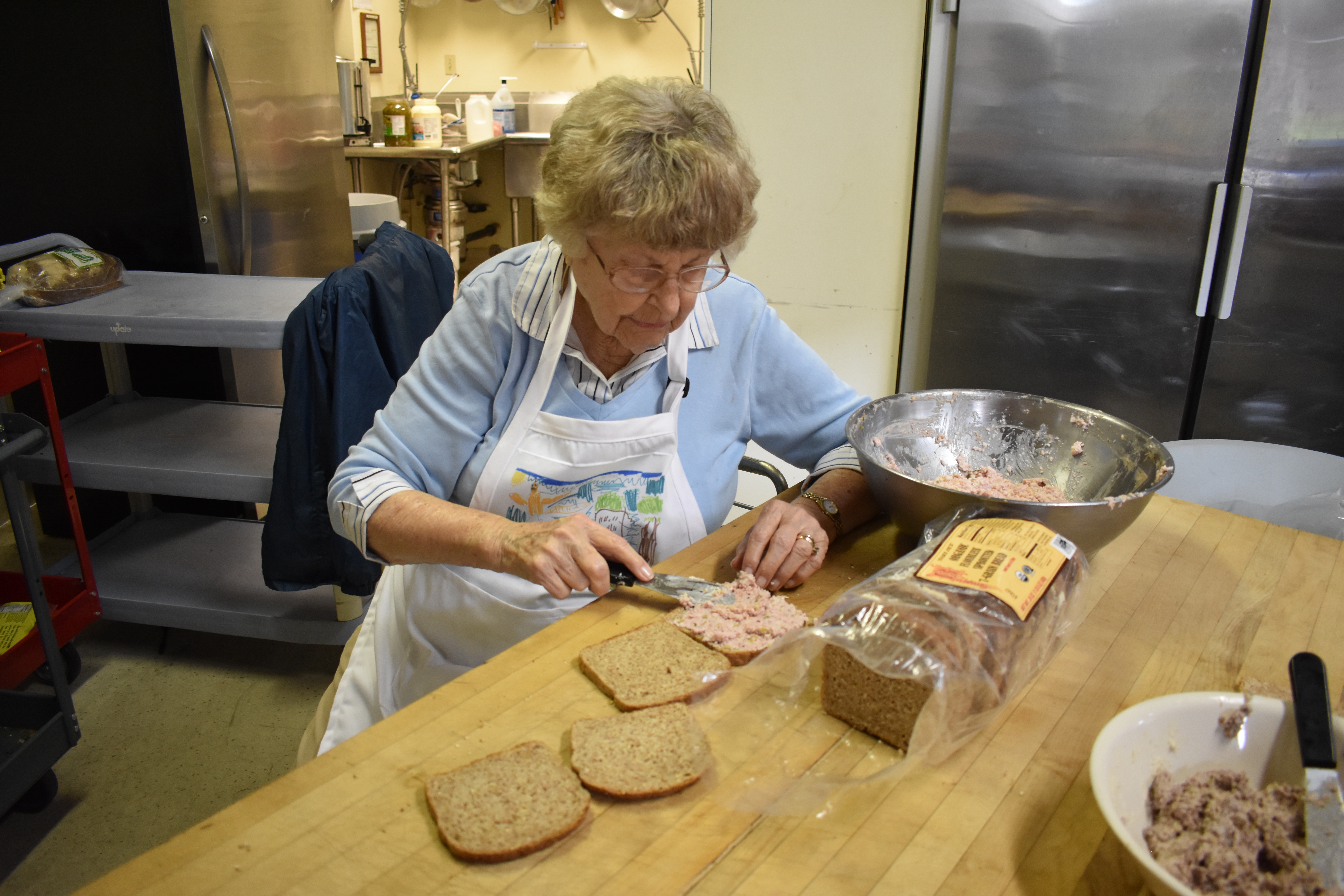 In this June 2017 photo, Arlene Johnson makes tuna and
chicken salad sandwiches as a part of the Sandwich Ministry.

Eventually, two cars were not enough to handle all the excess food and that’s when Judy began using our pickup truck. When
Arlene could no longer manage the process, Judy was then looking for help and I would take time off from work to assist. When Judy could no longer work due to her medical condition, I was tasked with this job and needed help. Occasionally one of my grandsons and/or son Jeffrey would fill in. I would soon enlist
the help of LeRoy Shigley who became a permanent helper.

Our average weekly load is between 20 to 30 boxes plus bags of bread and pastries. One day we had over 55 boxes and we had to make two trips. The most I ever put on the truck was 45 boxes with bags of bread tucked behind the seat. The average number of miles driven during a year is about 1,950. The average yearly
monetary value of the food donated by Trader Joe’s is nearly one million dollars.

Editor’s Note: Additional food donations from Trader Joe’s also comes in on Thursdays and is distributed to families and individuals in need on Friday mornings by L.C. Hall and a team of dedicated community volunteers. Occasionally, other businesses also donate food items. Our food ministries feed more than 10,000 San Diegans each year. 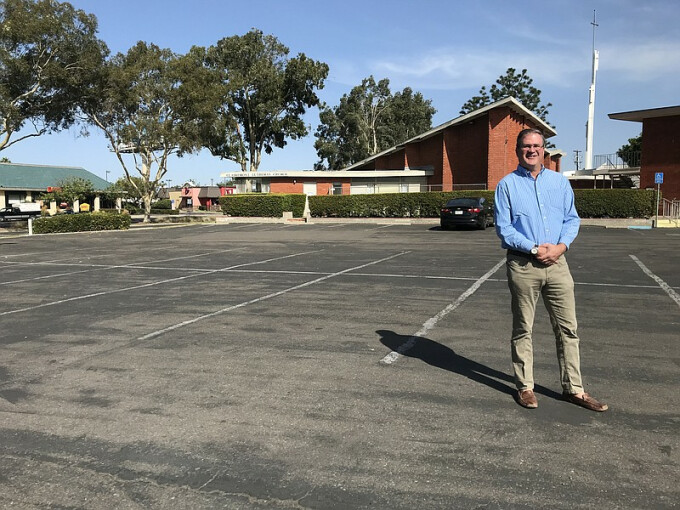 After months of dealing with San Diego city regulations over parking, a recent vote may soon pave the way for our congregation’s affordable housing project.

The San Diego City Council unanimously approved a measure changing the city’s Land Development Code to reduce the parking requirements for churches and other non-profits who are considering building affordable housing on their properties.

This means the congregation is now well within the requirement for parking spaces, and the construction of affordable housing units would not affect this requirement.

We are, however, still a long way out from any major decision, and the congregation will have a say in how we move forward.

In the meantime, check out the report from KUSI News.

San Diego Entertainer Magazine and KPBS also reported on the change in Land Development Code by the City Council.

Find out more about the Building Project here.

Posted by Eddie McCoven with